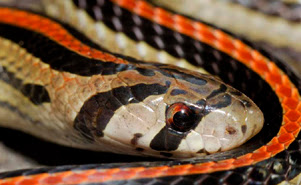 The Striped Kukri Snake (Oligodon octolineatus), as in all kukri snakes, possesses remarkably sharp teeth in the shape of kukri knives that probably allow it to cut open bird eggs, which form a large part of its natural diet (Lim & Lee, 1989; Lim & Lim, 1992). This nocturnal snake also feeds on frogs, lizards, other snakes, and frog spawn (Lim & Lee, 1989; Lim & Lim, 1992). 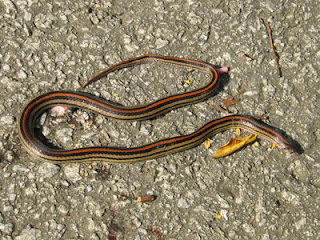 This is a roadkill photographed by Chan Kwok Wai in Choa Chu Kang on 1 July 2007. 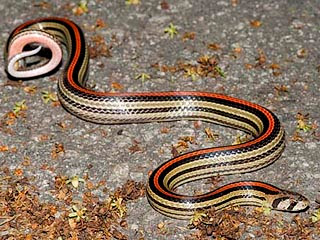 This handsome snake was photographed by Norman Lim along Chestnut Avenue on 28 March 2006 at about 10 pm. Note the tail coiling displayed by the snake when provoked. 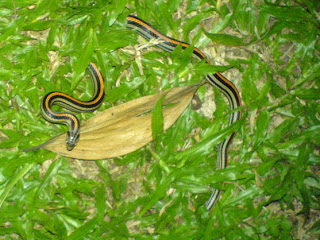 This snake was photographed by Wong Yueat Tin in Chinese Garden on 6 April 2006 at about 9 pm. It was initially on a pavement.

I found one in NTU and also took a photo of it.

This is a good article on snakes. I noticed an article that talks about the biggest snakes ever in the universe. Take a look at it here:-

SEO packages for small business can level the playing field for small businesses that are up against bigger competitors. Whether operation all local or state-wide, they can go face to face against their larger opponents by focusing branding and marketing efforts online.

Send your sightings to chimck@yahoo.com!

"KNOW, LOVE, SAVE Our Snakes"

Learn how by clicking here

What are the good books on snakes in Singapore? Ans

What to do if I get bitten by a snake? Ans

Are all snakes venomous? Ans

Is it illegal to keep snakes in Singapore? Ans

What happens to the snake if I call 999? Ans

IN SINGAPORE, OTHER ORGANISMS HAVE BLOGS TOO

No. people who slithered here